Forget the hustle and bustle of everyday life.

Appreciate the creations and arts woven by modern craftsmen such as traditional Japanese architecture, garden, gallery, and tea rooms.

White porcelain with an infinitely transparent background.
The soft rounded chamfer beautifully reveals the illusion of light and shadow.
Please appreciate the precious works that are considered to be the treasures that represent Japan to your heart's content. 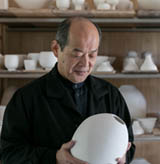 In 2013, he became the first resident of Tottori Prefecture to be recognized as an Important Intangible Cultural Property (Living National Treasure).
His white porcelain works have won numerous awards at exhibitions in Japan and abroad.

A garden with "green magical power" 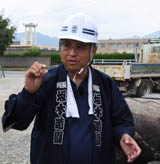 With the beauty of Japanese Architecture, the inn was created from the unique sensibility and technology of the architect.
In its appearance, the spirit of Yado Shiontei that combine a new design without disconnecting from traditional Japanese design. 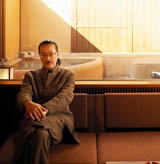 The inn designer who is creating a modern-day legend of renewal
He is a representative director of A.K Co., Ltd.
He has appeared in numerous media, including TBS's "jonetsu tairiku".

Experience the japanese time woven by a local tea ceremony artist in a magnificent space using chizu
cedar, which is a timber produced in Tottori Prefecture.